Join ESV and become a member of our multinational community of virologists.
Read more.

8th European Seminar in Virology (EuSeV)
Innate and adaptive immunity to SARS-CoV2 and other viruses.

The European Virology Award is given to individuals who have made exceptional contributions of great theoretical and/or practical importance in the field of Virology. This award recognizes top scientific achievements with far-reaching implications for plant, animal or human health and is presented every three years during the European Congress of Virology.

Nominations are made by the Awards Committee and confirmed by the Society’s Executive Board.

was honoured on September 13, 2013 at the Fifth European Congress of Virology in Lyon, France, for his outstanding achievements in the field of virus entry research 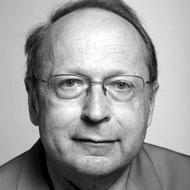 was honoured on April 20, 2010 at the Fourth European Congress of Virology in Cernobbio, Italy, for his groundbreaking work on influenza viruses

was honoured on September 2, 2007 for his 1957 discovery of interferons (together with Alick Isaacs) during the Third European Congress of Virology in Nuremberg, Germany

We use cookies to ensure that we give you the best experience on our website. If you continue to use this site we will assume that you are happy with it.Ok